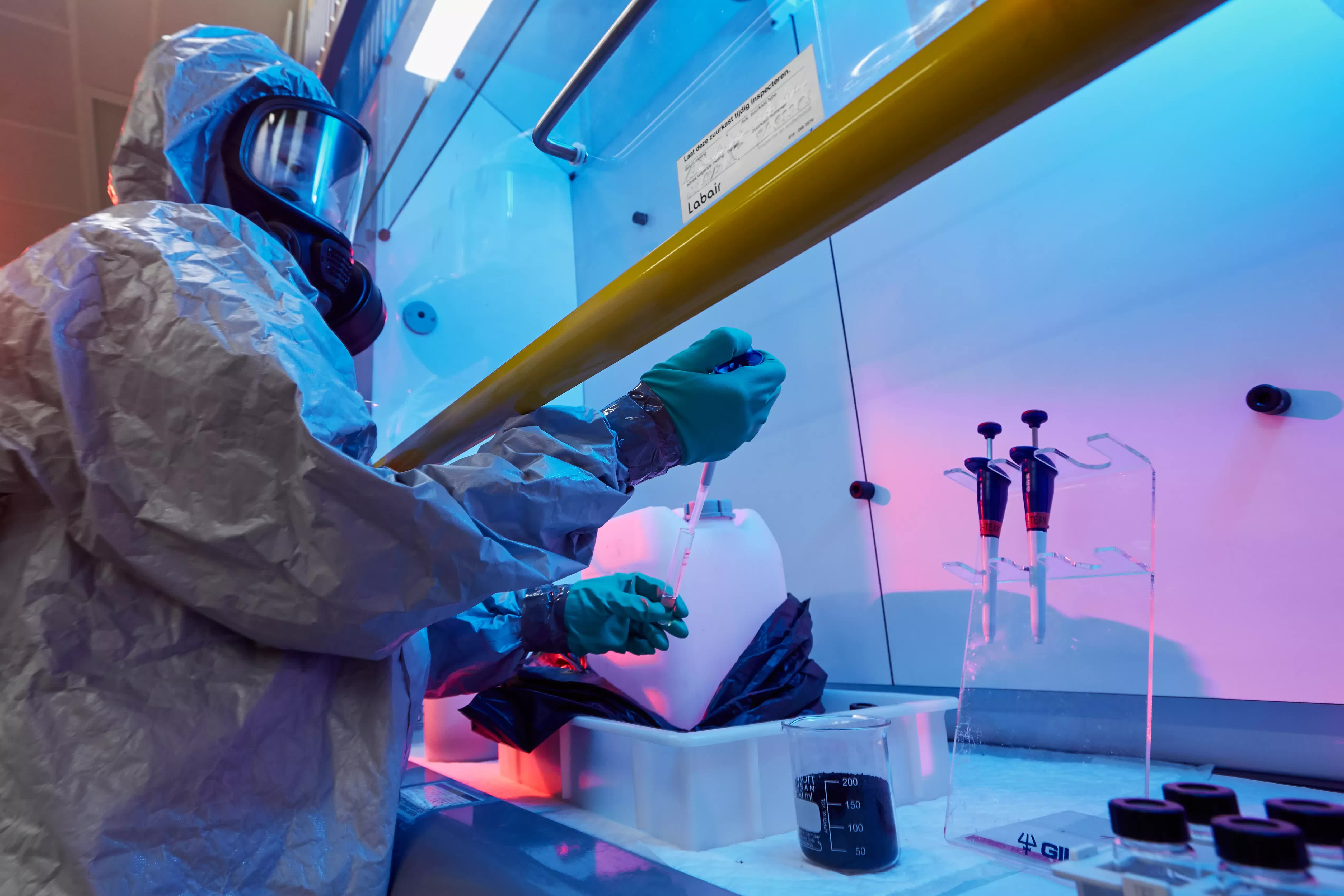 Fentanyl is a potent synthetic opioid with a lethal dose of only a few milligrams. In 2002 many people died due to fentanyl exposure. Chechen terrorists took over 800 hostages in the Melnikov Street Theatre in Moscow demanding the withdrawal of Russian troops from Chechnya. The Russian reply was to pump a chemical into the building, which resulted in the reported death of 39 terrorists and 128 of the hostages. After international pressure and foreign examinations, the Russian government stated that the chemical was a mixture based on derivatives of fentanyl. Nowadays many overdose deaths are observed, mainly driven by illicitly manufactured fentanyl. Fentanyl is seen as the most significant drug-related threat to the United States.

"Fentanyl is a potent synthetic opioid with a lethal dose of only a few milligrams."

Because of the current threat, there is a big change that first responders encounter people or devices contaminated with fentanyl. Fentanyl can easily penetrate through the skin so skin contact can be enough for an intoxication. This leads to an immediate danger for the first responders itself. We published research about the contact risk in toxicology letters. We explain why the RSDL decontamination lotion used for the removal of chemical warfare agents, did not inactivate fentanyl. Subsequently we demonstrated that the expected transfer of fentanyl depends on the concentration and the area of the exposed surface. Therefore, a contamination with fentanyl should be handled with proper care.

“Fentanyl can easily penetrate through the skin, so skin contact can be enough for an intoxication.”